Bilbao Metropoli-30 has take part in the “Le Village” event, held on August 27 and 28 in Frontignan (France) and organized by La Tribune, one of the most important economic media in France. The conclusions of this congress will be presented as contributions for the presidential elections of the French Republic next year and from the Association we will send them to you as soon as they are available.

This event, which has revolved around the creation of new neighborhoods in the urban environment, has been moderated by the President of La Tribune, Jean-Christophe Tortora, and Carlos Moreno, a prestigious Franco-Colombian scientist and urban planner, director from the ETI chair (Entrepreneurship, Territory, Innovation) at the Sorbonne University, advisor to the Mayor of Paris Anne Hidalgo, and one of the leading experts in “smart cities” who launched the concept of “the city of 15 minutes”.

Throughout the two days of the congress, institutional representatives participated, including the President of the Occitanie / Pyrénées-Méditerranée Region, the Mayor of Montpellier and President of Montpellier Méditerranée Métropole, the Head of the Cities Division, urban policies and sustainable development of the OECD and a long list of business representatives, urban planners and highly relevant thinkers. For its part, Bilbao Metropoli-30 participated in the opening plenary session, moderated by Carlos Moreno, as well as in one of the workshops on “Proximity, innovation and reconversion”. 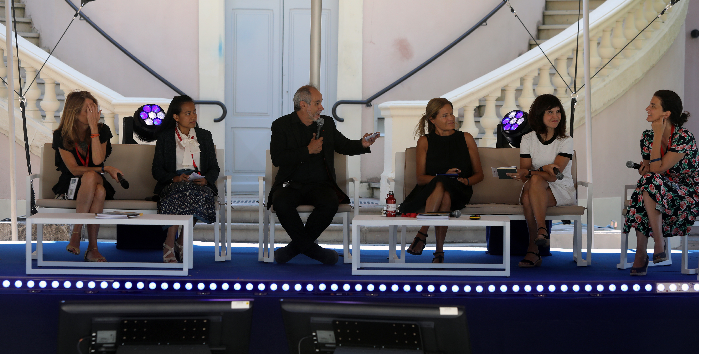 + News from the area External image