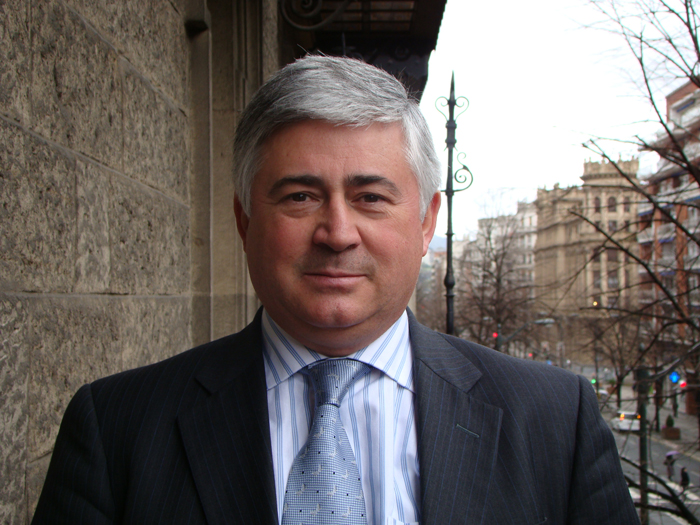 Alfonso graduated as an Industrial Engineer at the Basque Country University. He worked at executive positions in European manufacturing companies before being appointed as the Executive Director of Promobisa, the City of Bilbao’s economic development company, in 1989. Since 1992, Alfonso is Director General of the Association for the Revitalization of Metropolitan Bilbao, “Bilbao Metropoli-30” (BM30), a public?private partnership set up to revitalize metropolitan Bilbao. He is also Consul of Sweden in Bilbao since 2013. He speaks fluent English and is conversational in Basque and in very basic German and French.

In his role as DG of BM30, Alfonso keeps continuous contact with the main regional political and business leaders as well as with culture, community and non-profit representatives. He travels frequently abroad for business meetings and conferences, and welcomes in Bilbao delegations from all over the world. He is a regular contributor to local newspapers on development and strategy. Recently, he placed the course “14.73x: The Challenges of Global Poverty” offered by the Massachusetts Institute of Technology and “IDB7x: Urbanization in Latin America” by Inter-American Development Bank both through edX.

Alfonso is an active member of several societies and networks: Basque Studies Society (EI–BSS), Bilbao Financial Club (CfB), Basque Chapter of the Club of Rome, Basque Innovation Agency–Innobasque, Bilbao Convention Bureau, International Network for Urban Development, Institute for Large Scale Innovation, European Urban Research Association (EURA) and Global Business Network. He is founder member of the Committee for Geelong (Australia), promoter member of the Strategic Plan for Cd. Juarez (México), member of the Advisory Board of EURICUR (European Institute for Comparative Urban Research) and also represents Bilbao Metropoli-30 in the Strategic Committee of Bilbao Convention Bureau (BiCB), in the Bilbao-Bizkaia Action Group, at the Advisory Council of Ria de Bilbao Maritime Museum and at the Board Meeting of UNIPORTBILBAO (Port Community). As Consul, he is Board Member in the Consular Corps of Bilbao.

He is a permanent professor in the cities’ strategic development academic program organized by Bilbao Metropoli?30 as well as in the Summer Courses and the Master of Engineering in Construction at the Basque Country University, and the Course on Public Policies with TEC de Monterrey and University of Deusto.