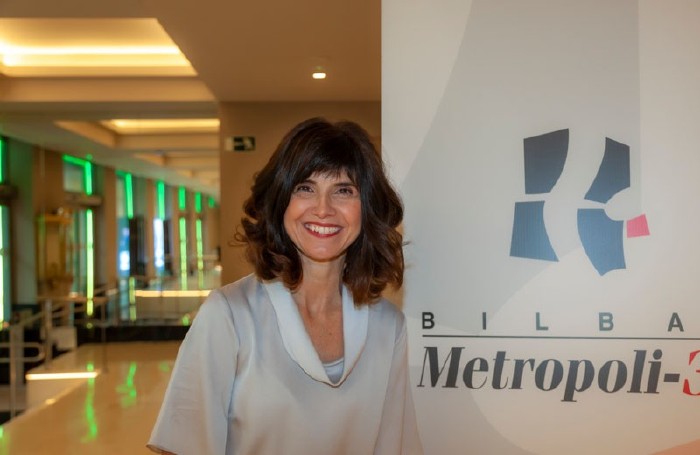 Degree in Political Sciences (specialising in International Relations), individual and team coach accredited by ASESCO. Master of Research Degree in the Psychology of Organisational Behaviour, and currently studying for a Degree in Psychology at Spain’s Open University (UNED).

A broad academic background, which includes universities both in Europe and the USA, such as Oxford University and the London School of Economics in the UK, and the University of California, Berkeley in the USA.

She has 25 years’ international experience in urban planning strategies, and speaks Spanish, Basque, English and French.

Almost since the Association for the Revitalisation of Metropolitan Bilbao (Bilbao Metropoli-30) was first set up in 1991, she has been responsible for, among other duties, promoting the Strategic Plan for the Bilbao metropolitan area and the schemes included in it, as well as for developing specific projects and initiatives within it.

She has curated several exhibitions held abroad on the main projects in Bilbao’s development (USA, China, Latin America, Europe…), and she has taken part in the organisation of promotional events of an international nature for the Provincial Council of Bizkaia.

She has undertaken projects on Strategic Reflection and the Analysis of Scenarios at municipal and sectorial level, as well as on methodologies that contribute to the design of future strategies. In addition, she has taken part as an international expert in the Technical Advisory for the Zonal Plan for the Traditional Centre of Bogota, sponsored by the Inter-American Development Bank on behalf of Bogota City Council.

As personal relationships have a key role to play in her professional activities, she has also held training modules on Emotional Intelligence, Social Skills, Team Management and Motivation, thereby exploiting the skills she has acquired over a career spanning more than 25 years, as well as through her extensive academic background in these fields.